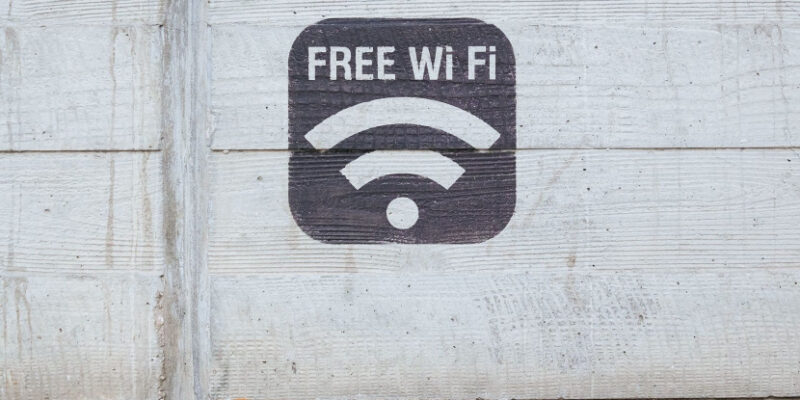 A Wi-Fi Router is a device that connects the computer and other mobile devices to the internet. A Router acts as a dispatcher to choose the best route for the data to travel. It combines our business with the world and protects data from security threats.

A wireless router is also called a Wi-Fi router. A wireless router or Wi-Fi networking device combines the networking functions of a wireless access point and a router. They connect a local network with other regional networks or the internet and provide an internet connection at your place of choice.You can customize your router’s name as you like, some funny WiFi router names are suggested in this blog. We have guides and troubleshooting tips for the latest Wi-Fi and networking devices. A wireless router/Wi-Fi Router connects directly to a modem by a cable. This allows it to receive information from and transmit information to the internet.

A Router that uses two antennas to improve connections and decrease data throughout. MU-MIMO allows several devices Wi-Fi signal protection, unlike MU-MIMO protects only one device to be protected. Dual and tri-band routers enable devices to connect to different networks with less congestion. Some of the best Routers for multiple streaming devices are given below.

Wireless Ethernet networks use 802.11 protocols to send and receive data. The router uses multiple input multiple output technology, which uses antennas to send and receive up to eight spatial streams. It also supports beamforming, a technology to transmit Wi-Fi signals directly to a client, and automatic band-steering, which lets the router select the most efficient radio band based on network traffic, band availability, and range.

Some things users should keep in mind before buying a new Wireless Router:

Netgear Nighthawk router is designed to assist multiple users. We get three Wi-Fi bands with tri-band Wi-Fi, with the third band dedicated for communication between the router and the satellite. As a result, there is less network congestion and device interference and more speed and efficiency.

The router has a powerful-dual core 1.7GHz processor. This particular router has a memory of 128 MB Flash and 512 MB RAM. It has high-speed Wi-Fi with up to 2.53 Gbps for uninterrupted streaming. In addition, night hawk has four 1G Ethernet ports to sustain fast wired connections, two 3.0 USB ports for connecting printers and storage devices, and one port to access cloud storage from anywhere.

This router can be accessed wirelessly and can have voice control over the Wi-Fi network with amazon Alexa. The weight of this router is 850g.

Wireless community specs are set via the Institute of Electrical and Electronics Engineers (IEEE) and are referred to as the 802.11 requirements. A letter follows this designation, as in 802.11n, indicating which protocol(s) the router supports. The distinction among protocols (e.g., 802.11b, 802.11a, 802.11g, 802.11n, and so on.) is signed electricity and speed. Radio waves propagate in a round pattern, outward from the router. The more potent the sign, the more away you could area a pc or stroll with a pc and nevertheless get a great sign. As electricity fades, overall performance drops growing facts, mistakes, and dropped signals.

To start with, it’s far from a Wi-Fi 6 standard; that’s the brand new Wi-Fi era out in the market. Because it makes use of the Wi-Fi 6 standard, the entirety of which your circulation might be capable of being streamed at a far quicker pace. The speeds that you may get with this router move up to a few Gbps.

The actual speeds users get depends upon the velocity bundle you have together and your ISP; however, it ought to paint properly for streaming a couple of devices.

Other brilliant overall performance capabilities encompass the insurance of the router. The RAX40 can attain as much as 1,500 rectangular ft in insurance.

The TP-Link TD-w8961N offers a dynamic connection. Its two five dBi antennas can handle major connectivity issues. It is also robust to deliver roughly a maximum speed of 300 Mbps, with a maximum capacity of 300 Mbps. This router also provides excellent support for devices that consume a lot of bandwidth. It is a go-to product since it allows for advanced network security with both NAT and SPI. The features of this router are:

The TL-WR845N offers fast and reliable Wi-Fi for your network’s devices. Its wireless speed of up to 300Mbps makes it a viable option for home network applications such as file download, video chat, and online streaming. The router includes three antennas to improve Wi-Fi stability. Three 5dBi high gain antennas, ideal for small to medium-sized homes, provide greater coverage, allowing you never to lose connections and enjoy more consistent connections.

The TP-link N300 Wi-Fi Wireless Router TL-WR845N features four operational modes: router, range extender, access point, and WISP. Using the TP-LINK Tether app on your mobile phone is simple to operate and install. With this router, you can anticipate sophisticated and outstanding performance.

It features a beautiful pattern and texture that would complement any décor. It is fully compatible with the latest IPv6 Internet protocol version. It comes with a TP-Link Tether app for simple administration and setup. It can effortlessly link to a variety of devices, including Chromecast and Google Home. An RJ-45 cable is provided to connect to the ACT broadband connection. Overall, it’s a great bargain.

The iBall Baton iB-WRD12EN comes with four antennas, which are ideal for covering a large area. It also has a combined speed of 120 Mbps. The 2.4 GHz channel has a rate of 350 Mbps, while the 5 GHz channel has a throughput of 850 Mbps.

The iBall Baton is a Next Generation 802.11ac wireless router ideal for the home or office. It creates a high-speed wireless connection for playing online games and streaming HD videos at the same time. Smart App Management, the i-Connect Mobile App, allows you to manage and monitor your router remotely at any time. Online client devices, LED control, remote wakeup, and many more functions are available. Parental Controls are open. Beamforming Technology guarantees that your wireless device has greater wireless performance and signal coverage.

AC10 supports a concurrent dual-band communication throughput of up to 1167 Mbps according to the latest generation 802.11ac wave 2.0 standard. Wireless signal boosting technology on both the 2.4 GHz and 5 GHz bands expands your Wi-Fi coverage, and Beamforming+ technology improves AC10 Wi-Fi signal performance behind multiple walls. With a 1 GHz CPU manufactured in a 28 nm technology, this router demonstrates a strong ability to process data while conserving energy; enjoy smooth HD video streaming and gaming. 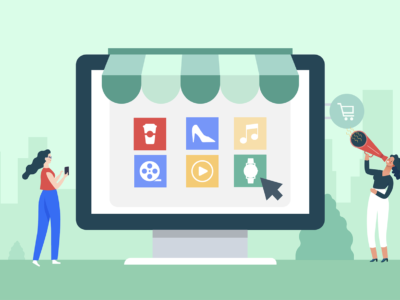 Techniques To Improve Role Of Customization In Printing Industry

Custom printing is essential for the expansion of your company. Through more sales and improved ...
By Pratik Shah
September 8, 2022 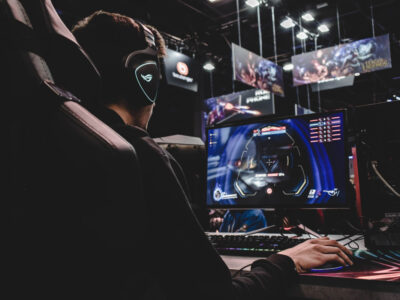 Steam and Gaming problems Steam is undoubtedly one of the most beloved PC gaming platforms. ...
By Rebecca
June 6, 2022 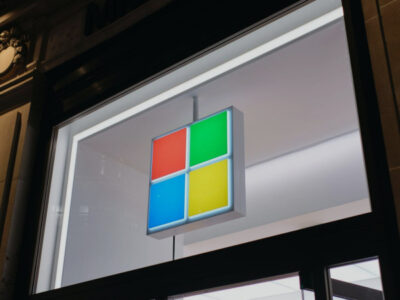 Unknown Windows preventing in Win 10 shutdown If you face booting issues in windows, you ...
By Rebecca
April 25, 2022

Role of AI in IoT – What It Is and Why It Matters?

The role of AI in IOT is the perfect partner to increase business productivity Millions ...
By Parul Jindal
April 11, 2022 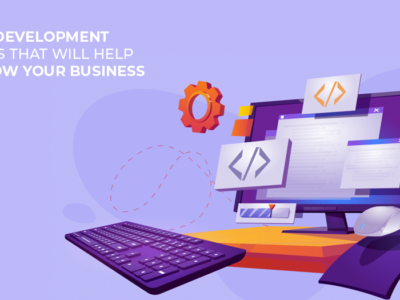 10 web development services that will help you grow your business

When choosing web development services for your business, one of the biggest decisions you will ...
By Dhaivat Tagline
March 20, 2022 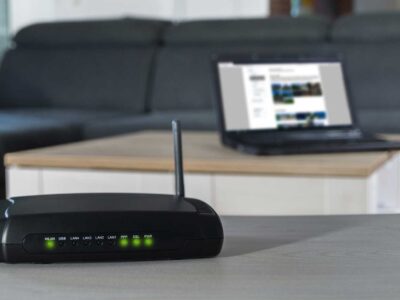 Router Tips to Have Undisturbed Wi-Fi During Work From Home

Imagine that you worked day and night for your project. You worked so hard on ...
By Rebecca
February 16, 2022 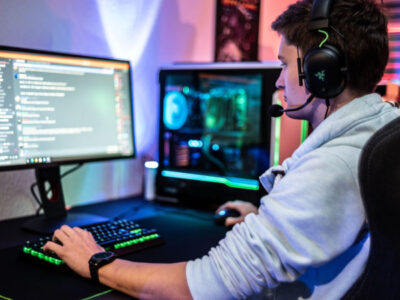 WHAT IS DISCORD?Thank you for reading this post, don't forget to subscribe! When playing games ...
By Rebecca
December 13, 2021